A Run for the Birds

Better later than never. For the first part of winter I was unlucky with spotting any bald eagles in the area, even though I spoke with a number of friends (and random birders during my runs) who had seem them (multiple adults and juveniles). On February 5th we had an unseasonably warm day in the upper 50s (F), so I was able to get in a rare winter run in short sleeves. Because of the nice weather and my desire to search for eagles, I ended up doing a slightly-longer-than-planned 8 mile run. I also decided early on to try to capture other birds and not just focus on raptors.

The sky was a brilliant blue and the river had a hazy cast, no doubt due to the remaining ice leftover from the polar vortex. It's hard not to watch the river instead of your path on days like that. Luckily enough, no trips or falls.

Early on I spotted a smallish bird; similar markings to a sparrow, but larger (more like the size of a robin). I was able to get one quick shot while he was in the brush along the river before he darted away. If anyone has any clue, let me know.

Throughout the run I came across multiple pairs of red-tailed hawks frolicking about the sky. They were fun to watch, and nearly impossible to capture with my camera (one of these days I'll get a nice camera, although I'm not sure it's particularly feasible to run with a massive telephoto lens and tripod). I saw them over the river, flying back inland, and around Croton Point Park, as per usual. It's not a huge park by any means, but the open grassland necessitated by a capped landfill is prime hunting grounds for a variety of hawks, large and small.

While there are a few cardinals in my neighborhood, they've always been really shy and skittish so I don't think I've ever managed to snap a photo of one. During this run I finally got a decent shot of a male as he darted from tree to tree ahead of me while I made the traverse from the Croton Landing side to Croton Point via the path behind Half Moon Bay. His mate was nearby, but equally skittish and I wasn't able to get a shot of her.

Once in the park I saw more of the aforementioned hawks along the path entering the park before I (finally!) saw my first (definite) bald eagle of the season. It was an adult in a tree along the river; there were small branches between us, so not the clearest shots but really hard to complain any time you get a chance to see them. I also spotted two large birds on an ice flow that I'm pretty sure were juveniles, but that's partly due to what other birders mentioned in passing; from the distance and glare it was really hard to identify them by sight (and reviewing the photos didn't particularly help).

Closer to shore, I spotted a pair of ducks dodging small ice flows as they cruised through the near-freezing water. 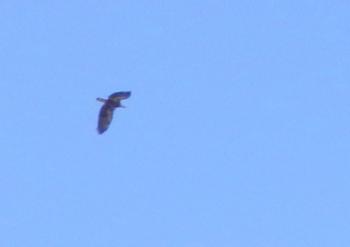 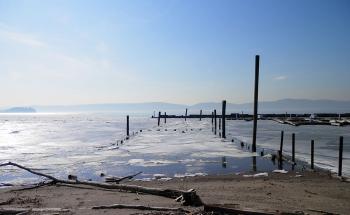 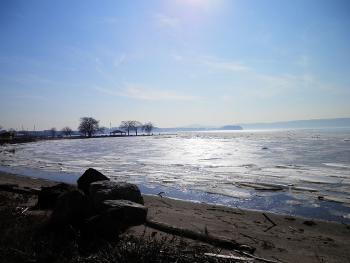 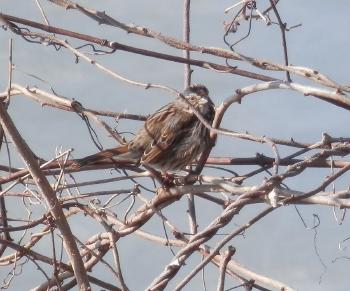 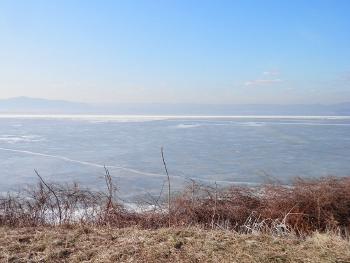 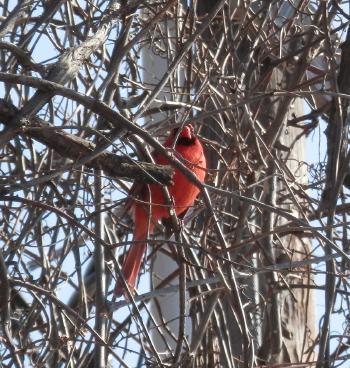 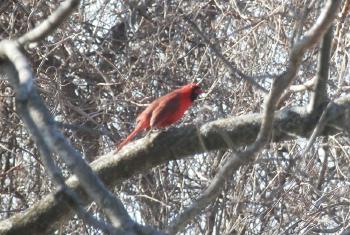 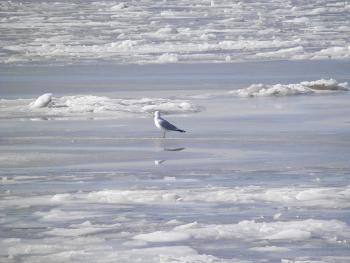 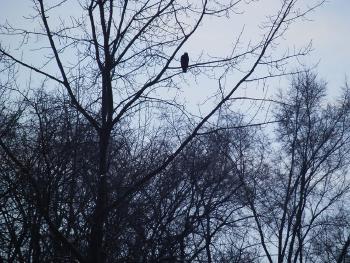 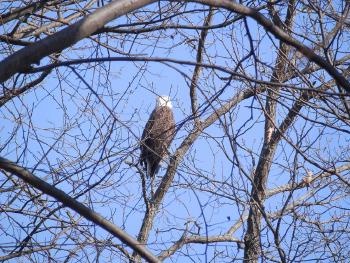 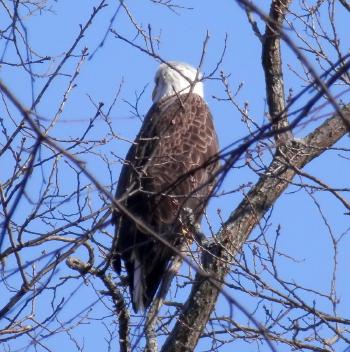 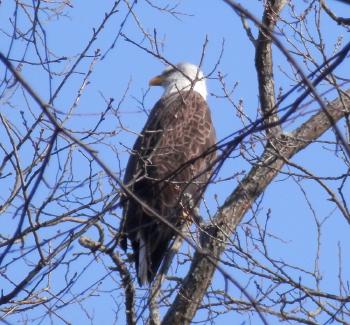 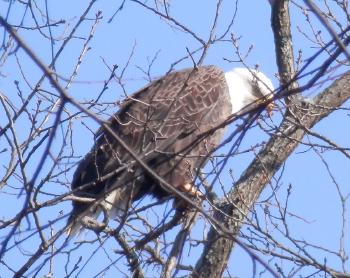 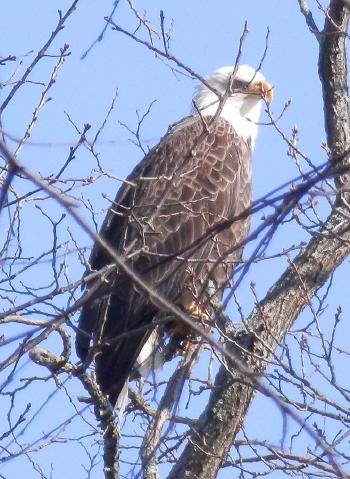 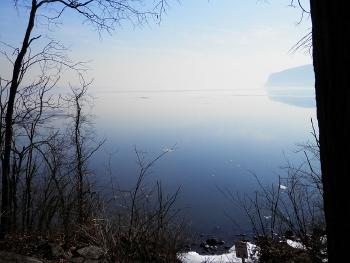 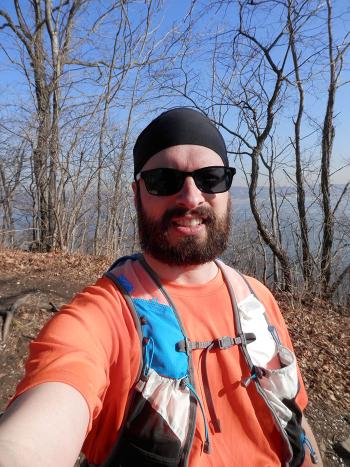 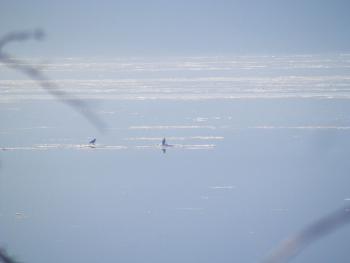 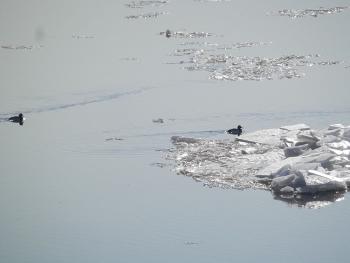 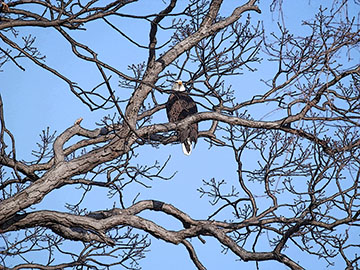 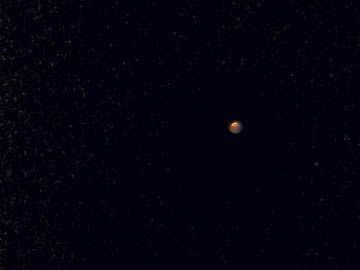 Stars Are Not People 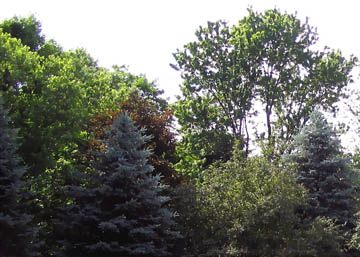